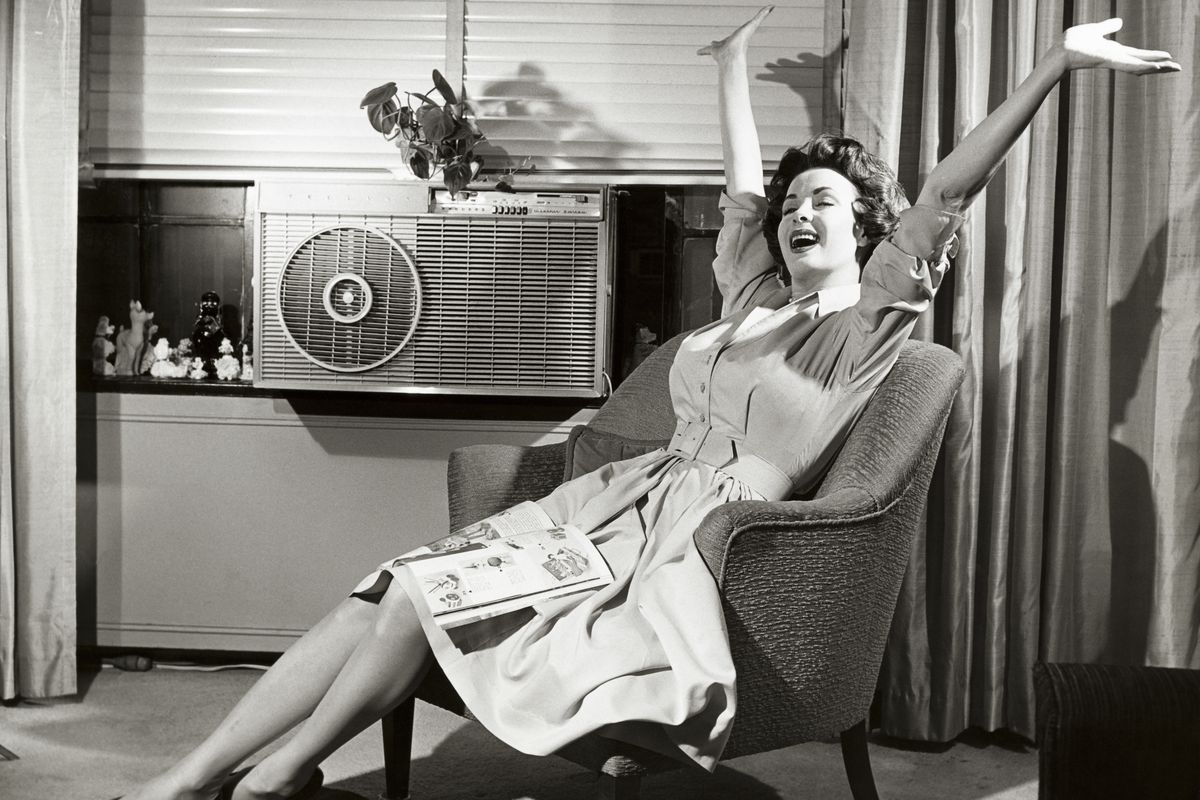 As summer approaches and the days get warmer, we are so lucky to have the comfort of cooling machines to keep us cool on those hot summer days. Nowadays, we take air conditioners for granted, but imagine what life would be like without them.

Air conditioners were once considered a luxury, but nowadays are an essential. Air cooling systems cool our homes, businesses, and other buildings on a daily basis. In fact, air temperature is so important to us that 48 percent of all energy consumption in American homes is a result of cooling and heating.

Like most inventions, modern commercial and residential air conditioning is a result of a series of trial and error by scientists and engineers.

In the 1840s, the idea of cooling buildings to relieve people of high temperatures came about. Experts believed that cooling was the key to avoiding diseases like malaria and making patients more comfortable. The very first cooling systems required ice, which needed to be shipped from frozen lakes and streams in the northern United States. Although effective, this concept quickly became very expensive and challenging. Experts began experimenting with the concept of using artificial cooling. The first artificial cooling machine that was created used ice and a compressor powered by wind-driven sails or steam. This was the first invention that laid the foundation for modern air conditioning and refrigeration.

Early cooling systems for public buildings were essentially heating systems modified with refrigeration equipment that distributed cold air through floor vents. In 1922, the first well-designed cooling system was installed in a theater in Los Angeles. The system pumped cool air through higher vents for humidity control and comfort throughout the building.

The following year, a theater in New York City debuted a new type of system that used a centrifugal chiller, which had fewer moving parts and compressor stages than the existing units. This breakthrough system increased the reliability and lowered the cost of large-scale air conditioners, greatly expanding their use throughout the country.

These new systems were great, but still too large and expensive for most people to have in their homes. Frigidaire was the first company to introduce a new split-system room cooler that was small enough for home use and shaped like a radio cabinet. As time went on, home cooling systems got smaller and an air conditioning unit that could be placed on a window ledge was finally designed. Window units came to the market about 1932.

LOOKING TOWARDS THE FUTURE:

Today, experts are working on the next big thing in air cooling, air conditioning (non-vapor compression technology) that does not use HFCs that harm the environment. This new technology is said to introduce a new era of cooling, and to reduce energy consumption by 50 percent. To learn more about Legacy Chiller Systems and our cooling systems, visit us at legacychillers.com

3 Trends for the Future of Process Chillers