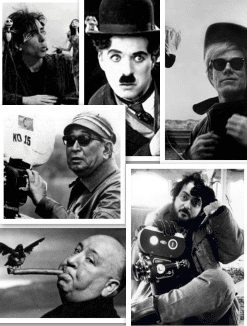 Since the start of the digital age, we have all become accustomed to video formats being discussed in terms of 720, 1080, P’s and I’s, HD and wide screen, but that’s not where it all started. The classic films that experimented with and dictated the movie techniques we stream online today were originally on film. That’s right, strips of light-sensitive, emulsion coated plastic. And, for the most part, these strips of plastic still exist! This is where Legacy Chiller Systems comes in.

The Celeste Bartos Film Preservation Center is an incredible place. Movie buffs can appreciate that the Pennsylvania facility stores 25,000 original film reels, donated by various production companies and, in some cases, the original directors! It all started in 1932, when the museum’s founding director, Alfred Barr, stressed the importance of introducing “the only great art form peculiar to the twentieth century” to “the American public, which should appreciate good films and support them.” Not only is film unique, it is also an extremely sensitive medium, and should be “safeguarded,” explains Barr. With that, The Celeste Bartos Film Preservation Center was born.

Film preservation can be a tricky process because different kinds of film require particular temperatures and various levels of humidity. According to moma.org, “color films will fade less quickly if kept in vaults at temperatures just above freezing, whereas black-and-white and nitrate films can be satisfactorily stored at 45° F. (All film materials are better protected if humidity levels are low.)”

This is where Legacy Chillers comes in, applying our process chiller’s dependability and consistency to aiding the MoMa in preserving a vast collection of original film reels, including work by:

The facility also houses original reels of classics such as Citizen Kane, Casablanca, It Happened One Night, My Darling Clementine, and many more. Most anything from the facility can be rented out, but only to “institutions that can demonstrate they meet the Museum’s basic requirements for print loans.’’

Be sure to visit LegacyChillers.com for more information about our process chiller systems.

Pump It Up: Why Legacy Chillers Uses Gould’s Pumps Exclusively