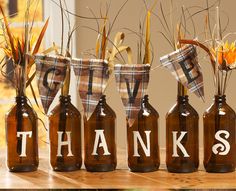 Thanksgiving is here! It’s time to gather your friends and family around the table for laughs, love, memories, and of course, food. There is always opportunity for gratitude, but during this special holiday, we are encouraged to take stock of what’s really important. At Legacy Chillers, we are thankful for food that tastes like food, and beer that tastes like beer.

Legacy Chillers has a line of process chillers that are specifically designed for breweries and wineries. In order to understand how a faulty process chiller can negatively affect the taste of your beer, let’s talk a little bit about the process of brewing beer.

The process is pretty fascinating! Here’s a quick overview:

1. Mashing
It all starts with malted barley, or malt, being soaked in hot water for about an hour, in order to release the sugars within the grains. These sugars are what will feed the yeast in a later step. It is the yeast that produces the alcohol.

2. Sparging
After mashing, additional hot water is added to fully wash the grains, and get as much of the sugar out of them as possible. The sweet, watery liquid that is produced from this process is called “wort.”

3. Boiling the Wort
This step in the process is important for two reasons: it kills any microorganisms that have found their way into the wort, and also creates the perfect environment for the hops to be added. Hops will only release their flavor components in boiling water, but the timing of this addition is one way that breweries craft their unique tastes. Hops that are added at the beginning of the boiling process will create a different flavor profile than hops added in the middle, or towards the end. It’s art!

4. Cooling the Wort
After about an hour of boiling, it is time to cool the wort. This needs to be done quickly for a few reasons: for sanitation purposes, to add the yeast, and for the prevention of Dimethyl Sulfides (DMS). While the wort is not at any extreme temperatures, hot or cold, it is highly susceptible to contamination by microorganisms again. The wort also needs to be cooled so that the yeast can be added, since yeast can’t survive in boiling temperatures. Finally, wort that is cooled slowly can have a higher concentration of DMS, which causes the beer to taste like cooked corn, or cooked cauliflower. YUCK.

5. Fermentation
This is largely a waiting game, a period of 1-2 weeks in which the yeast are eating the sugars from the malt, and producing CO2 gas and alcohol. The gas is released, and the alcohol stays in the beer.

So take this new knowledge of the beer brewing process with you this weekend, and strike up a friendly conversation! You can share these new fun facts with your relatives that are interested in chemistry, microbiology, physics, and beer! Or, be the connoisseur at your family gathering, and buff up on other common off-flavors of beers, and how they happen. Whatever you do, Legacy Chillers wishes you a safe and happy Thanksgiving!