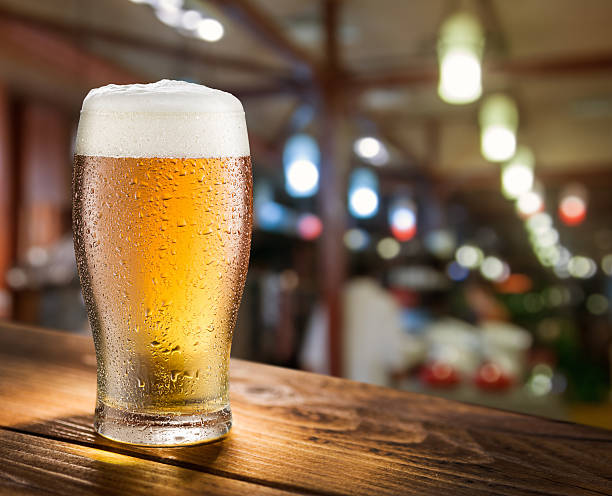 Everybody loves an ice cold beer. BBQs, late night bonfires at the beach, and gatherings with friends all call for a cold brew. With summer right around the corner, these social get togethers will become more frequent.  Wouldn’t it be nice to know just how America’s favorite social drink is made?  It starts with fermentation.

Fermentation is a process where yeast turns the glucose in wort to ethyl alcohol and carbon dioxide gas. This process is what gives beer its alcohol content and carbonation. The fermentation process time varies depending on temperature, type of yeast, and if you are making a lager or beer. Most beers made with dry yeast will take 1-3 days to ferment, and about 8-14 days if liquid yeast is used. Lagers on the other hand take quite a bit longer during the fermentation process.  Lagers need to ferment at a cooler temperature and can take up to two weeks or more.

Temperature plays a big role in the beer fermentation process. Temperatures should be between 68 degrees and 72 degrees for beer, and between 45 degrees and 55 degrees for lagers. Fermenting at a higher temperature than recommended can produce fruity-flavored esters and harsh-flavored fusel alcohols. Also if the temperature gets too high, fermentation may stop altogether. It is very important to keep your beer or lager at the right temperature while fermenting.  This can be quite difficult without the use of a process chiller.

Before the invention of the process chiller, beers were brewed during cooler months and stored in cellars or caves to maintain proper temperatures. Today we are lucky enough to have the help of chillers to keep brew at the correct temperature year-round.

Another simple method of keeping your brew cool is to place it directly in front of an air conditioning vent. This will allow your brew to receive the initial cool blast of air before it circulates through the building. Of course this is not a great method when producing large amounts of brew, but would work okay in a home brewery.

Some home brewers also recommend placing beer in a basin filled with ice water. However the ice will need to be replaced at least twice a day in order to ensure proper cooling.

If you’re looking to produce a high-quality brewed beverage, it’s important that you choose a proper temperature control method.  Legacy Chiller Systems has lots of options that will keep your brew at precisely the correct temperature with very little effort. If you’re serious about quality brewing, consider adding a Legacy Chiller to your beer fermentation process.

Is Your Glycol Cool Enough?