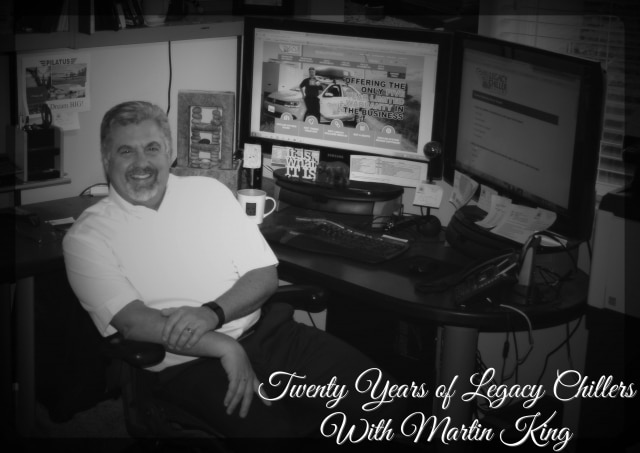 It’s official: Legacy Chiller Systems has been around for twenty years. The company has survived a series of recessions and changes in the industry, while still developing new technologies and expanding its market, all thanks to one man: Martin King. As the founder, CEO, and president of the company, Martin has quite a story to tell about these past years in the chiller industry. The success of the company would not have been possible without the smart and hard-working, creative businessman behind the scenes.

Martin was originally an HVAC journeyman, and had worked in a number of businesses before starting Legacy Chillers. Inspired by his father, who was also a small businessman, Martin first opened a DJ company out of college. Once he had gone through an HVAC apprenticeship program, and the DJ business had made him enough money, he started an HVAC service and installation company called King Air Service.

True to the American dream, King Air was started in a used van, and Martin operated the business out of his home. The transition from HVAC service and installation to process chiller manufacturing all started with Martin accepting a challenge, followed by a series of happy accidents.

In 1994, one of King Air’s largest customers bought a microprocessor testing system from Hewlett Packard, which required a chiller to work. They called Martin to order a chiller, and rather than let the client order the machine from a competitor, Martin and his team assembled a system specifically for this microprocessor testing system, which was one of the first of its kind.

“We bought all the pieces we needed, and we literally assembled this thing on the roof, and it looked like a big erector set,” he said. After that job, Martin started receiving calls for these chillers from around the world, which was bizarre because he wasn’t a chiller manufacturer, and he wasn’t advertising them. As it turned out, Martin and his team had become indispensable to Hewlett Packard, being the only people who knew how to build a chiller for these microprocessor testing systems, which required special engineering.  He created an official design for the process chiller, and in 1999, King Air formally became Legacy Chiller Systems.

So where does Martin see the company going in the next 5-10 years? “I own a patent on economizer technology. It’s been a passion of mine for quite a while to develop products that save energy, and make the world a little better,” he said. “I have not been able to get, on a large scale, the engineering community to accept it. Everybody says it’s a great idea… The engineering community, they’re very conservative in nature. There are very few engineering firms out there that want to be the first of anything. We have sold a few…. It just hasn’t taken off like I had hoped. I’m working on a new product line that includes a lot of brand new technology that’s come out in the last couple of years. I’m hoping that the value proposition is going to be so substantial that decision makers are going to say “Wow, I’ve got this chiller here that’s old school, and works, I’ve been using this brand forever, but I’ve got this chiller from this Legacy Chillers company, that’s 50% more efficient, and it’s not that much more money. So, let’s try this one out.” 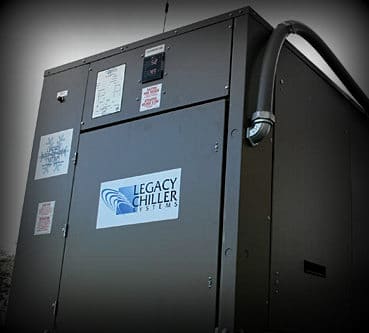 If you could go back 20 years and give younger Martin advice, what would it be?

“Relax a little more. Don’t take things so seriously. And… When faced with a problem, it’s wiser to let problems bake for a little bit. Sometimes problems that you think are a big deal have a tendency to solve themselves, especially when there’s people involved… Don’t allow your drive for the success of your business to cast a shadow on your relationships. That’s probably the best advice I can think of.”

For more information on our process chillers, visit LegacyChillers.com.

How To Prevent Leaks in a Process Chiller: Machine Bent Copper Tubing!